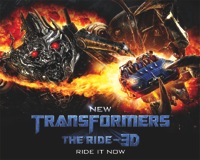 Get ready for the ultimate Hollywood movie experience!
Go behind-the-scenes on the legendary Studio Tour to explore where Hollywood movies are made. Then, face action head-on in heart-pounding rides, shows and attractions that put you inside some of the world’s biggest movies.
Plus, don’t miss King Kong 360 3-D created by Peter Jackson. It’s the world’s largest 3-D experience and it’s only at Universal Studios HollywoodSM.
For a View of the Park Click Here

Go behind the scenes to see the all-new movie set streets and hear the inside stories behind the making of your favorite films and television shows. Our world famous studio tour, complete with state-of-the-art HD monitors takes you up-close and inside the world of movie making magic.

Since 1935, 'Starline Tours of Hollywood' provides the most exciting tours to discover greater Los Angeles. The daily Hollywood and Los Angeles tours are from 2 hours: Movie stars homes tour which departs every 1/2 hour, to all day tours like the Grand tour of Los Angeles or Los Angeles Tours by night.

The Hilton Los Angeles/Universal City hotel is a 24-story glistening hotel high on the hilltop located at the main entrance to Universal Studios Hollywood and Universal CityWalk. Our multi-million dollar renovation conveys the style and feel of contemporary California living in a relaxed resort setting and adds a host of modern comforts and conveniences.

(less than 1 mile from park)

Receive a warm, red carpet welcome at the Sheraton Universal Hotel, a landmark in Universal City.  Stroll over to Melrose Avenue, Hollywood, Beverly Hills, and downtown Los Angeles. Let the good times linger late into the night as you catch up with friends over tropical drinks at "In the Mix". Walking distance to Universal Studios Hollywood.

Can't find what you're looking for, use our search function below: